11 February 2019. I had a great week last week so I thought I’d share some of what I’ve been up to and decided on one specific thing that brought me hope for the work we are doing to combat isolation. The opposite of isolation is connection… and what I am sharing highlights how a social gathering that builds on the strengths and gifts of those who have pledged to attend forges greater connection between us - and a willingness to act. I might add that the preparation and relat
120 views0 comments

At the beginning of October, BBC Radio 4 revealed the results of the world’s largest study on loneliness, in collaboration with the Wellcome Collection. For the BBC, the Loneliness Experiment revealed nine key findings from 55,000 responses to the survey. For us, five of those seem the most important. Why? Well, firstly because we are starting a movement in Coventry called Connecting for Good. It is funded with £500k from the Big Lottery Fund so that over the next three years
7 views0 comments 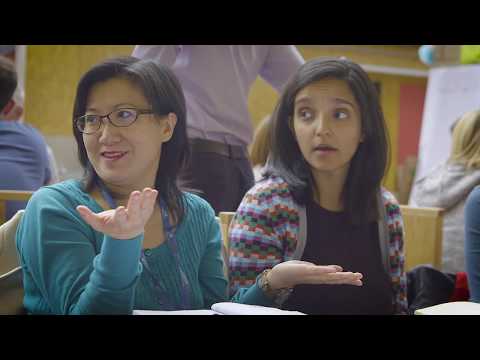 The first Connecting for Good Ideas Factory took place on Friday 14 September at FarGo Village market place in Coventry. The Ideas Factory brought together a group of around 40 people who care about how social isolation affects all kinds of people in the city and want to end it for good. It is in simple terms an informal meeting where your idea can make friends. It was all captured on film by our friend Jonny Rhodes. Isolation is affecting us all and we need your help. The ti
6 views0 comments

Something chalky and fishy is going on

The Spon End community has probably witnessed a few strange moments over the years - much like any other city centre suburb - but today they found themselves amongst chalking, a drone, a film crew and some passionate #ConnectingforGood community organisers. Immediate positive outcomes such as curiosity and questions for the team happened quite quickly and now we wait to see how much awareness the chalkings and videos can spread of our movement against isolation in the longer
6 views0 comments

Our launch Walk and Talk on 8 August was the first of many gentle and informal shared learning moments. As we walked together through the city stopping for stories and performances, Coventry folk shared their thoughts via postcards, photographs, videos, social media messages, and of course via conversations with friends and strangers. A flexible frame around that learning meant we were capturing what we know in on: what we already do as a city to combat isolation; what more w
10 views0 comments

Sharing knowledge through working out loud

An important part of the #connectingforgood movement is learning together the why, how, where and when and "so what" of growing a culture of connectedness here in Coventry. As a community we are learning about and testing out different ways to help nurture that culture and understand how that impacts on our lives in large and small ways. We are super excited that you are all part of that learning and invite you to join in in any way you feel works for you. We will be creating
2 views0 comments